Shoes – the weird things you always wanted to know 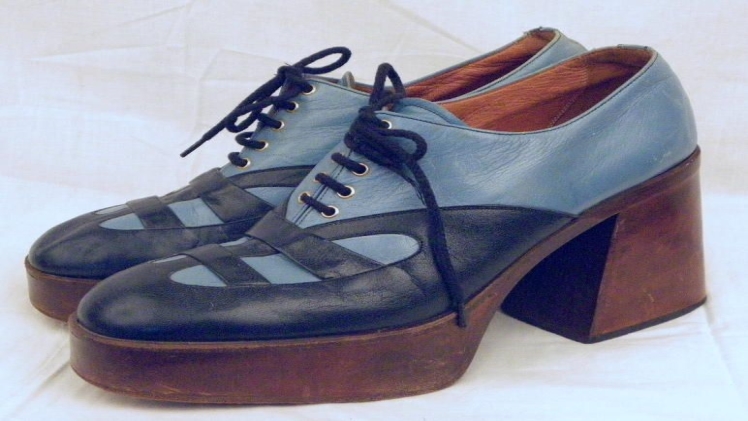 Shoes are very important in protecting our feet from cuts and dirt. Most of us put them in a closet, in a dedicated drawer or on a particular dresser where we put the shoes but sometimes you can find shoes in the weirdest places.

You have almost certainly seen shoes hanging from electrical wires (if not in reality then in the movies) and there are also people who hang their child’s first shoes on the back of the vehicle. These are indeed strange places to find shoes. So why is this happening? Why do people throw shoes at electrical wires? Why do people hang baby shoes on the car? We are here to solve these puzzles for you.

Shoes – why they hang on vehicles

Imagine yourself traveling in a car and you see that the car in front of you, has baby shoes (so-called, pre-walking shoes and first step shoes) hanging in the back of the car. Have you ever wondered why this happens? What makes people hang their kids’ shoes on the car?

The reasons are many and varied. Some make sense and some will seem very strange to you. Let’s start with the logical reasons. The most logical reason is that they are simply proud to have a child and that is one of the ways they present this pride – in that they show this fact to everyone.

In many places in the world, when a couple gets married, bundles of cans or other decoration are attached to their car. It’s just a tradition. Sometimes, attaching a baby’s shoe is part of the tradition and it has trickled into the country as well.

Some of the reasons are related to one belief or another. Some people believe that it helps against the evil eye and some hang the shoes because they lost the child at a very young age (usually at birth) and this is the child’s way of keeping what is important to him.

The more silly reasons are for use as a type of weapon if necessary or just for beauty, for no particular reason.

Shoes – why they hang on electrical wires

The truth is that this phenomenon came to us outside the borders of Israel and is most common in the United States. Usually, the shoes that can be seen on electrical wires are sneakers. But what do they mean? Does this phenomenon have meaning? The answer is that it does have meaning but it does not Unequivocally and there are several interpretations of the matter.We are here to present them all to you.

One of the most common reasons why shoes are thrown on power lines is to signal the location of a drug trafficking point. Shoes on power cords can also be a symbol of gang members claiming territory, especially when the shoes are hanging on power lines at major intersections. In fact, the city of Los Angeles underwent a massive shoe removal process in the early 2000s, with residents expressing concern that the shoes point to “places where drugs are sold or worse.”

To commemorate the death of a loved one

It is not clear where or why the tradition began, but sometimes the death of a young person in the community spurs friends, family and other relatives to throw shoes at electrical wires, tree branches and around other public places. Some of the gang members in the US are also involved in this tradition, creating an informal monument where one of the gang members was killed.

A milestone celebration in life

Some graduates perpetuate this point in their lives by throwing their shoes at electrical wires. It is said that the act was done as a way to leave a part of themselves behind, similar to engraving a name on a tree or on the wall. Sometimes, it also symbolizes young boys who have lost their virginity.

A milestone celebrated with the tradition of throwing shoes is when military recruits complete basic training. Some, but not all, paint their military boots in festive colors and then toss them on power lines to commemorate that special moment.

Bullying or for no particular reason

Not infrequently, when you see shoes being thrown over power lines, they are there simply because someone got bored and decided to throw some shoes on electrical wires as a kind of prank to dispel boredom. Sometimes the shoes belong to homeless or unprotected children who are being bullied. The thugs decided it would be funny to tease their victims and leave them without shoes.

As you have seen, there are various and varied reasons for the presence of shoes in slightly strange places like electrical wires or the back of the vehicle. These phenomena are not so popular in the country and can be seen more in the US but here too they can be encountered from time to time.